Monas is an acronym for Marriage of Nature and Science. And, that’s exactly what we do. Our formulas take the best, purest natural ingredients and whenever possible keep them 100% natural.

With an established reputation and a pioneer in the industry, Monas Labs is known for its consistency to deliver effective, high-quality products. Our premium skincare products are formulated with both cutting-edge ingredients and high-performance traditional ingredients to protect healthy skin, prevent damage, and reverse the signs of premature aging.

We are ISO 22716 Certified in Private Branding and Contract Manufacturing which means all products are produced with impeccable standards. We conduct strict testing at our FDA certified facility, to ensure consistency, safety, and quality across the board.

Our FDA approved facility is ISO 22716 Certified in Private Branding and Contract Manufacturing.

At Monas Labs, we believe it is our responsibility to support our communities. We are actively involved in both national and local causes that range from fundraisers, volunteering, food drives, and environmental initiatives. If you are interested in working together on a future project, contact us at lindseyb@monaslabs.com.

At Monas Labs, our values guide our day-to-day behavior, informing how we act, the decisions we make, and how we work with each other. We believe in integrity, by doing what is right. Excellence, we never stop improving. Courage, by thinking boldly and out of the box. And, together, because we can do more when we work as a team.

Here at Monas Labs, our mission is to manufacture safe, cosmetically advanced skincare products with only the highest quality ingredients here at our world-class facility.

Our vision is to one day see the world rid of dangerous and toxic skincare chemicals. We envision a sustainable future, harmonious with nature, all while providing the top-tier products that you love and deserve.

Our promise is to always create the best skincare products that we can, pushing the boundaries of what’s possible with our professional team, all while keeping your bottom line in mind with cost-effective and innovative solutions.
Read More

Monas Labs is headquartered in Melbourne, Florida just an hour from the Kennedy Space Center in Cape Canaveral. We have the facilities and staff in quantity to take care of manufacturing needs for large customers, but still, enjoy that family atmosphere so important to loyalty and the desire to make the best product.

We have more than 100 years of combined experience in the skincare industry. Browse through our team biographies to learn more about our staff. 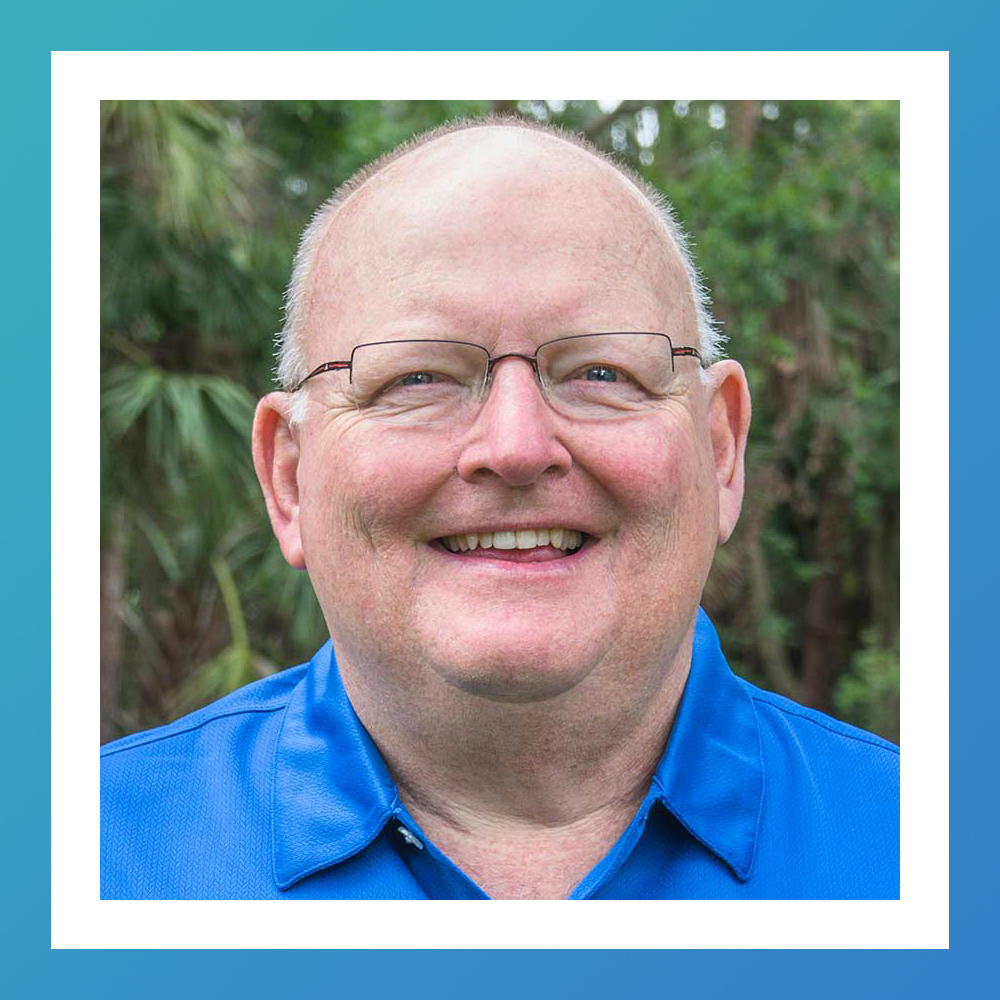 CHARLEYFounder & Owner
Charley Richards is the founder and owner of Monas (Marriage of Nature and Science) Labs.  He developed proprietary blending techniques that enabled him to make the first, truly all-natural product lines.

Since 1992, Monas Labs has developed hundreds of products and programs for the world’s best resorts and beyond.  Richards’ philosophy regarding products is simple… start with the finest, cosmetic grade raw materials. Then, develop unique and highly effective formulas utilizing natural ingredients as a base.

Richards was graduated from West Liberty University and for four years taught English, Shakespearean literature and was a wrestling coach in his hometown of Parkersburg, West Virginia.  Richards was an all-American wrestler while attending school.

Quite aptly, Richards has been called a “serial entrepreneur” starting several companies in the last 40 years… most notably Maui Jim Sunglasses.

Richards lives in Indialantic with his wife, Kelly. His two sons, Josh and Danny, also live in the area.  Danny works in the business and has two daughters, Zoey and Kinsley. 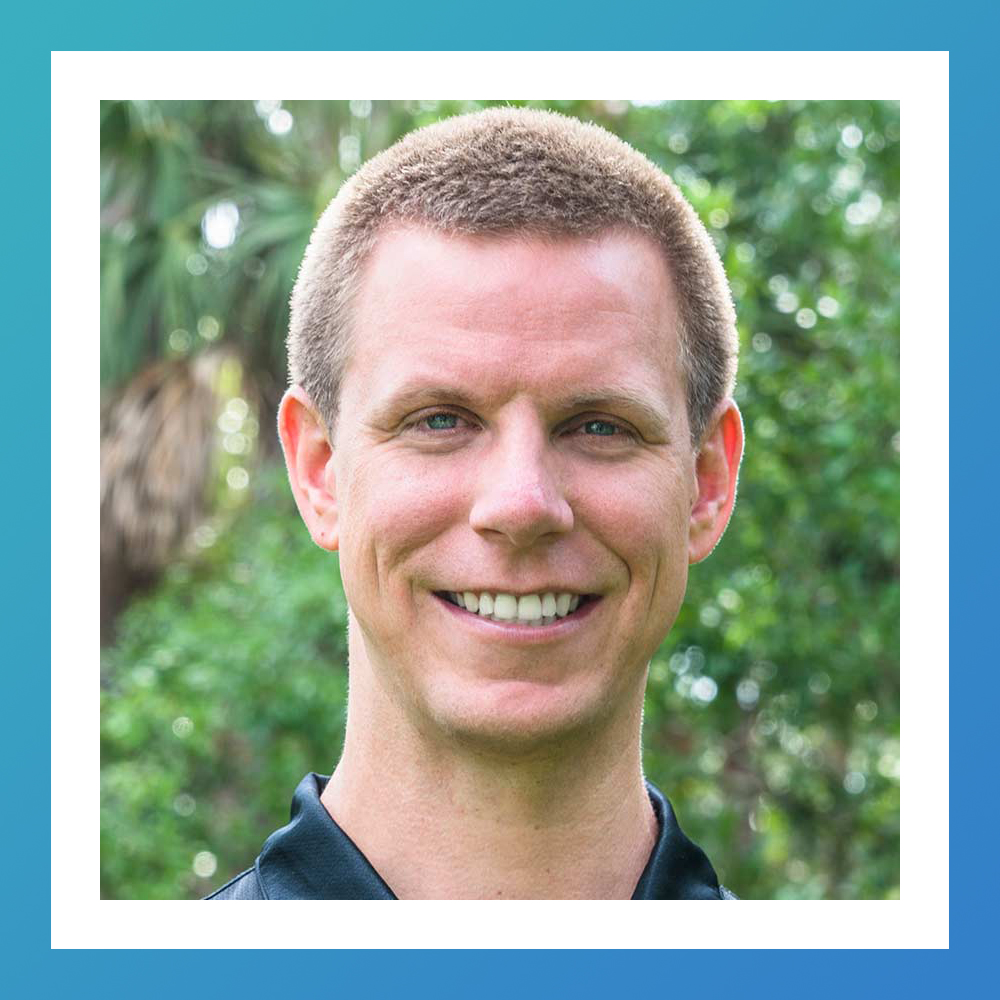 DANNYVice President
Danny Richards has been working in the manufacturing industry for nearly most of his life. Richards started in production when he was just 16 and has worked nearly every position in the company including sales and production.  He now is the Vice President of the company in charge of operations and personnel.

Richards was graduated from the University of Central Florida in 2011 with a Bachelor of Science degree in Business and Marketing. He spends most of his time with his wife Kelsey and two children, Zoey and Kinsley.

TODDNational Director of Sales
Todd Anderson was graduated from the University of Florida with a Bachelor of Arts degree and to this day remains an avid Gator fan.

National Director of Sales since 2008, Anderson enjoys serving our customers and learning their business story and goals. He places high importance on listening and understanding their perspective and needs in order to determine how we can best support their success as a long-term customer with our offerings.

In his position, he has served hundreds of client companies on countless projects from the conceptual stage through implementation and ongoing operations.

Anderson was an athlete at Melbourne High School where he was named first team all-state as a soccer goalkeeper.  Anderson also traveled with an all-star team and played in Scotland.

He lives in Viera with wife Candace, children Jake and Jessica, and Summer, his dog. In addition to favoring all college football (especially the SEC), Anderson enjoys grilling and smoking on his Big Green Egg.

CLAUDIAFormulation Chemist & Laboratory Supervisor
Claudia Lawson is the Formulation Chemist and Laboratory supervisor for Mona Labs.  She has been at the facility since 2015 and has made a significant contribution in bringing all-natural, proprietary raw materials to her innovative formulas.

Lawson was graduated from the prestigious Florida Institute of Technology with a degree in biochemistry.  She also attends conferences and seminars to keep her hand on the pulse of the natural products industry.

Previous to accepting the position at Monas Labs, Lawson worked in the lab for Sun and Skin Care Research.  Her experience includes a stint as a microbiologist for Sun and Skin creating bacteria sourced Biodiesel.

Lawson lives on Merritt Island with her husband, Tony, her daughter Lily and her two dogs. 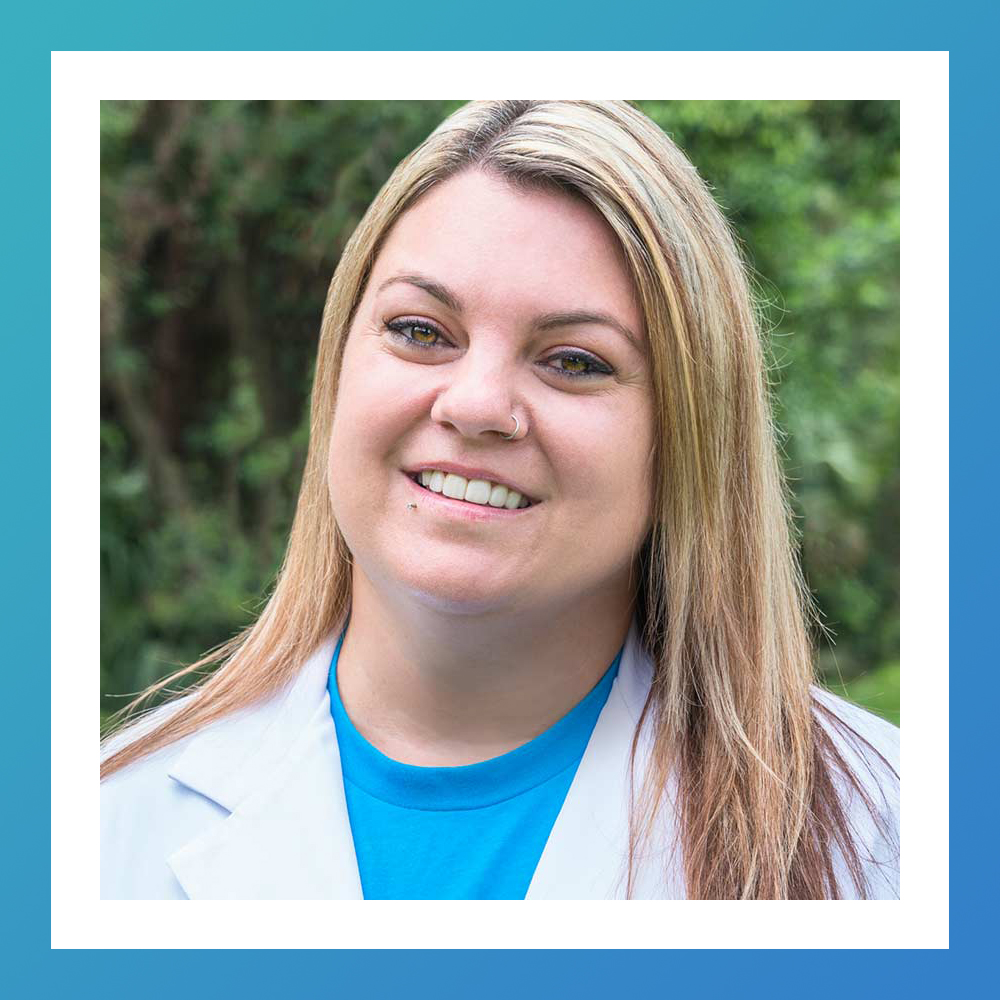 Previous to Monas Labs, she was in quality control/analytic lab technician at Sun and Skincare Research in Cocoa Florida.

Summer’s passionate about Florida’s theme parks as well as horseback riding and football. She is married and has two dogs. 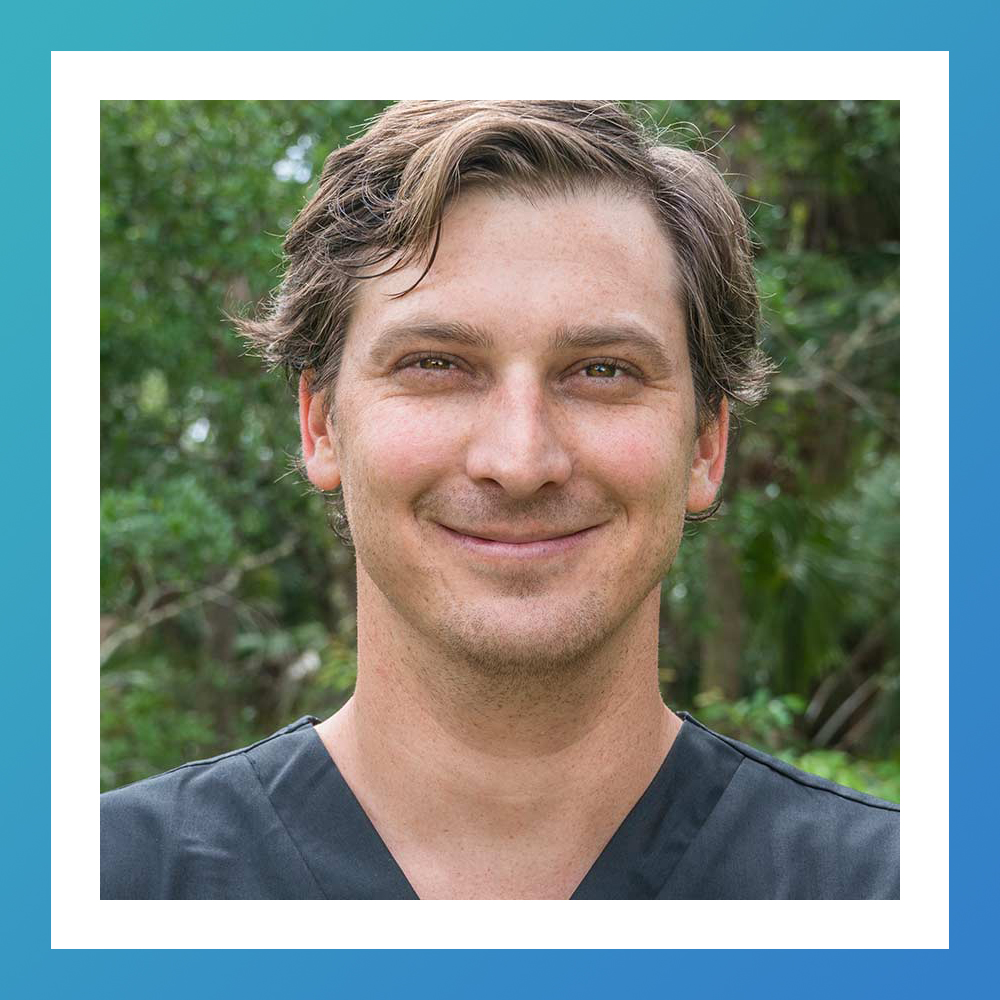 TONYBlend Master
Tony Lawson is Monas Labs’ blend master and has been at the company since 2015. Previously, he was lead compounder and mixing specialist for another Florida manufacturer, Sun and Skincare, LLC.

When not working he enjoys the outdoors especially fishing from his boat. Lawson is married to wife Claudia, daughter Lily and resides in Merritt Island with their two dogs. 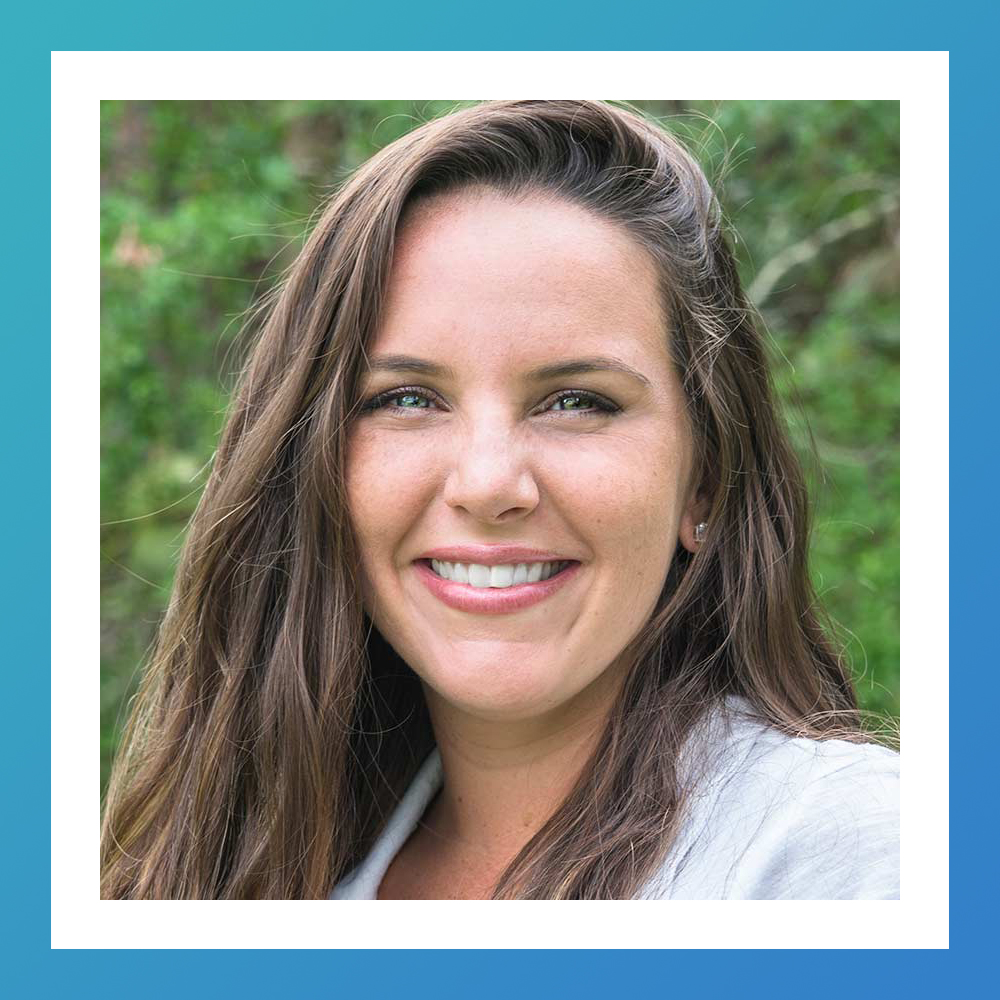 Boyer has two children, Emma and Daniel. She enjoys spending time with the children and her husband Daniel.  Marlee also enjoys snorkeling and fishing.

When away from work, she enjoys traveling, comedy clubs, and movies with her husband.

We follow impeccable standards as a Manufacturer. Our operations include 33,000 square ft of office, warehouse, laboratories, blending, and filling with state of the art equipment and machinery. Our premium products are formulated, tested, created, packaged and shipped all from our Melbourne, Florida location.

You’re in good company. Hear from our past and current clients by reading our testimonials below.

I have been a customer of Monas Labs since 1998. We had an idea for a new sun care product and Charley was able to make it a reality and bring it to market. His team did such a great job designing our first item, 20+ years later it is still our best seller. The exact same formula is still going strong in 2020. Over the years we added many more items and had continued success all because Charley and his team were there for us. My company would not be where it is today without their help. Here is to another 20+ years of success. Mahalo Monas Labs you all are the best!

Learn more about our order processes, lead times, minimums and etc. by reading our FAQ below.

Are you an FDA Registered Facility?

Yes, we are an FDA Registered facility.

Yes, we are cGMP Compliant. We also are also an ISO 22716 Certified Personal and Skincare Contract Manufacturer.

What are your Manufacturing Capabilities?

Our facility can accommodate both low and high volume runs. We can start at 600 units for some formulas, to the 100,000 units or higher. We also offer a 48 minimum of prototype runs for sampling.

All products are manufactured right here in the USA, at our headquarters in Melbourne, Florida. Our manufacturing facility is located on-site in our 33,000 square foot headquarters.

How long have you been in business?

Our company was founded in 1992 and we have devoted nearly 30 years to establishing our brand as an internationally recognized expert in the research, development and production of cosmetically advanced skincare products.

What are your minimums?

Can I request samples?

We offer full-size product samples for in-house formulas. These samples can be purchased at the wholesale price, with no minimum order quantity.

How do I place my first order?

What is the lead time for first orders?

Our turnaround time on new orders is about 6 weeks. Lead time can vary depending on the size of the order. We do our best to fulfill your order as quickly as possible however, we will never compromise quality or safety to do so.

How do I reorder?

What is the lead time for reorders?

Our turnaround time on new orders is about 4 weeks. Lead time can vary depending on the size of the order. We do our best to fulfill your order as quickly as possible however, we will never compromise quality or safety to do so.

Can I get a rush order?

Yes. We do offer rush orders for a fee. We would need to know full details of the order beforehand.

Can I tour/visit your facility?

We would love to welcome you to our facility here in Sunny Melbourne, Florida. To schedule a visit or tour, call us directly at (800) 848-7623 or email us at todda@monaslabs.com.

GET STARTED
Go to Top